A Call to Protect Humanity 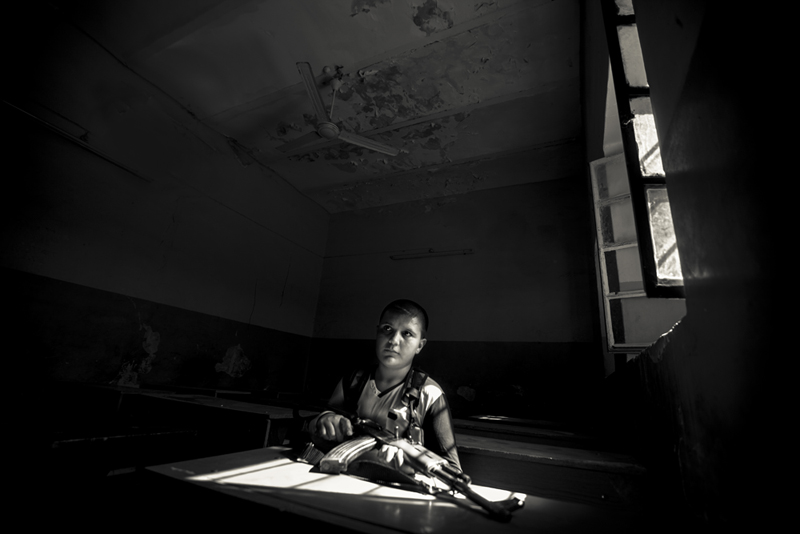 Since 2003 there has been a growing threat of sectarian war posed by a rise in extremism in Iraq and mass suffering as a result—including the desecration of the Holy Shrine in Samarra. As a result the high religious authority has made perspicacious interventions to ensure the stability and survival of the Iraqi state, as a united entity. In June, 2014 the high religious authority issued a historical ‘Fatwa’ to encourage defence against the extremism of Daesh, who captured the province of Mousl  in 2014. This Fatwa affected the machinations of those who sought to divide Iraq along tribal and sectarian lines, and it also encouraged Iraqi security forces in addition to thousands of Iraqi people who responded to the Fatwa and joined commissions, which were established for the country’s defence.

The Fatwa itself clarified many social, religious, political, and humanitarian matters and sowed the spirit of loyalty in the populace of Iraq.

The Effects of the Fatwa in the Eyes of Foreign Deputations

Karbala received many Arab and Western deputations of journalists, and scholars from various religions and backgrounds. The Holy Shrine of Imam Hussein sponsored the invitation of deputations to show the reality ‘from the ground’, which has hitherto been largely underreported by many global media platforms.  The aim of these invitations were also to show the level of coexistence among the Iraqi people and how they live in peace and unity against a common enemy: whose name is Daesh, and whose means are terrorism.

Below are some of the conclusions drawn by the various deputations who visited Karbala:

Shiah and Sunnis are Muslims alike and Daesh has been unable to separate them because of the guidance provided Iraq’s leading religious scholars, from all Muslim schools of thought.

We will convey what we have seen to our country and inform them of how we should fight this ideology of terror through our unity.

The cemetery that we visited on our trip to the city of al-Dilouaya in Takrit, which includes both Sunnis and Shīʿah, was a sobering reminder that both groups are active in the on-going resistance to ISIS.

We should spread the message in every palace, mosque, church, and school that Iraq needs to live in peace and that Daesh is the enemy of humanity.

We came here to reflect and report on the reality, as it is very important to show the world what is really happening in Iraq and the role of the Fatwa in working to save and repair the country.

When I witnessed the Sunni Shaykhs attending the office of the representative of the High religious authority Sayyid al-Sistani, al-Shaykh Abdulmahdi al-Karbalai, I came to believe that there is no sectarian war in Iraq.

Most global media platforms believe that the high religious authority, Sayyid al-Sistani, is a very positive figure and a good and wise religious leader, as well as applauding his efforts to protect the country and the people of Iraq.

When we saw the fighters of the Iraqi army distributing food to the pilgrims who came to visit the holy shrine in Samarra, we were gladdened by this sign that the Iraqi people can live together in peace and that the Fatwa played a vital role in uniting them around a common foe.

A Human and Ethical Mission

There is a significant difference between a legitimate fighter and an extremist so-called ‘Jihadī’ terrorist (in the pejorative sense of the term favoured by the media); this difference was highlighted by the chairperson of the Shia Endowment Sayyid Alaa al-Mousawi, who stated during his speech at the award ceremony held for the PMU martyrs’ families, that ‘there are differences to bear in mind when comparing a terrorist to a legitimate fighter. A terrorist perpetrates wrongdoings such as stealing money while occupying an area and other such transgressions of the law. Meanwhile a legitimate fighter will not commit the slightest sin because, one who accepts the verdict issued by the Supreme Religious Authority is bound to obey the Islamic rules, respect human rights, and treat the families of the liberated areas and their properties in a manner benefitting the conduct of the Ahlulbayt.’

‘The legitimate fighters are not exclusively conscripts to the army. Indeed, there are numerous doctors, merchants, and even clerics donning the religious turban who are fighting the good battle to liberate the country. Dozens of whom were martyred,’ added al-Mousawi.

For his part, the religious adviser from the Punjab to the Prime Minister of Pakistan, Sheikh Muhammad Hussein Akbar, remarked that ‘Iraq is similar to other countries that are subjected to terrorism. The religious, ethical, and legal duty is for citizens to defend their families, land and property. What the Popular Mobilisation Forces (PMU) have done after the Fatwa to defend the nation, its people, and its holy sites, issued by His Eminence Ayatollah Sayyid Ali al-Sistani, is in no way a violation of any person irrespective of their title or class. Sadly, there are parties who refer to this great force as ‘terrorists’ or ‘militias’ and strive to distort the reality and true image of the PMU because they are the most powerful group confronting the terrorists and mercenaries who are recruited by countries looking to conquer Iraq’s land and wealth.’

Akbar continued by saying, ‘The terrorist attacks in Iraq are comparable to the ones in Pakistan as they both aim to separate the sects of Islam, namely the Sunnis and the Shiʿa, while the average citizen continues to battle for their land and religion.’

The Supreme Religious Authority offers a forward-looking vision for Iraq; one which is sadly lacking amongst many administrators in Iraq, as well as in the institutions tasked with monitoring the extent of ISIS’ threat. He is the only authority that has possessed and still possesses such a clear vision for the combined defence of the nation. His Eminence, Ayatollah Sistani, has outlined several desiderata for the newly developing government of Iraq and established precise frameworks for good governance.

Writer Adil al-Jobouri sheds further light upon this matter in one of his articles saying, ‘The Supreme Religious Authority in Najaf had a profound and precise vision after the fall of Mosul to ISIS on June 10th, 2014. He pondered the current military state in Iraq and reviewed the existential threat posed by the rise of ISIS, in addition to the lack of good governance at the time; deciding that in such circumstances it would be challenging to face such a powerful enemy. Hence, the encouragement of the Popular Mobilisation Units, or the volunteers forces, to support and fight alongside the army.’

‘If ISIS isn’t eradicated or quickly restrained, they will advance and expand, making it far more difficult in the later stages to confront and overcome them, especially when they arrive near the capital Baghdad and the holy cities. Our defence group must not be limited to a particular component from a particular city, which is to say that all Iraqis must fight together irrespective of where they come from, their creed, or ethnicity. The Shiʿa must therefore protect the Sunnis, the Turkmen, Christians, Yazidis, and Kurdish peoples, and, of course, vice versa. Iraqis are eager to defend their country, and so it is gravely mistaken to allow or rely on foreign powers’ interference as some form of Deux ex Machina. ISIS’ plans are by no means confined to Iraq, so if they are not weeded out completely they will spread and reach other countries, leading to the loss of more innocent lives.’ added al-Joubouri.

He concluded that ‘The extensive vision of the Supreme Religious Authority organised a dominant and faithful force that is prepared, at any moment, to fight for the sake of the country. This unique mobilisation of popular brigades, which is under direct supervision of the government, has, all things considered, made a tangible impact on the struggle to preserve the unity and stability of the Iraqi nation in the fight against extremism and terrorism.

Comments
Facebook Comments
Related topics
Global Gateways for the International Media
Imam al-Hussein: A model of Sacrifice for the entire World without Discrimination
The Rays of the Sun of Ahl al-Bayt Never Set
Muhammad Umar: We must unite and defeat the corrupt ideology of ISIS
British producer: People around the world are unaware of the beautiful side of Iraq
Youth and Society in the west
Dr. Muhammad al-Turayhi: "We must make every effort to educate the world about the Ahlulbayt and all the literature about them."
Priest Patrick: "Imam Hussein, in my opinion, completed the Islamic religion."
Iraqi Holy Shrines:The Unifying Headquarter for Muslims
Calligraphy and Islamic Art in the UK