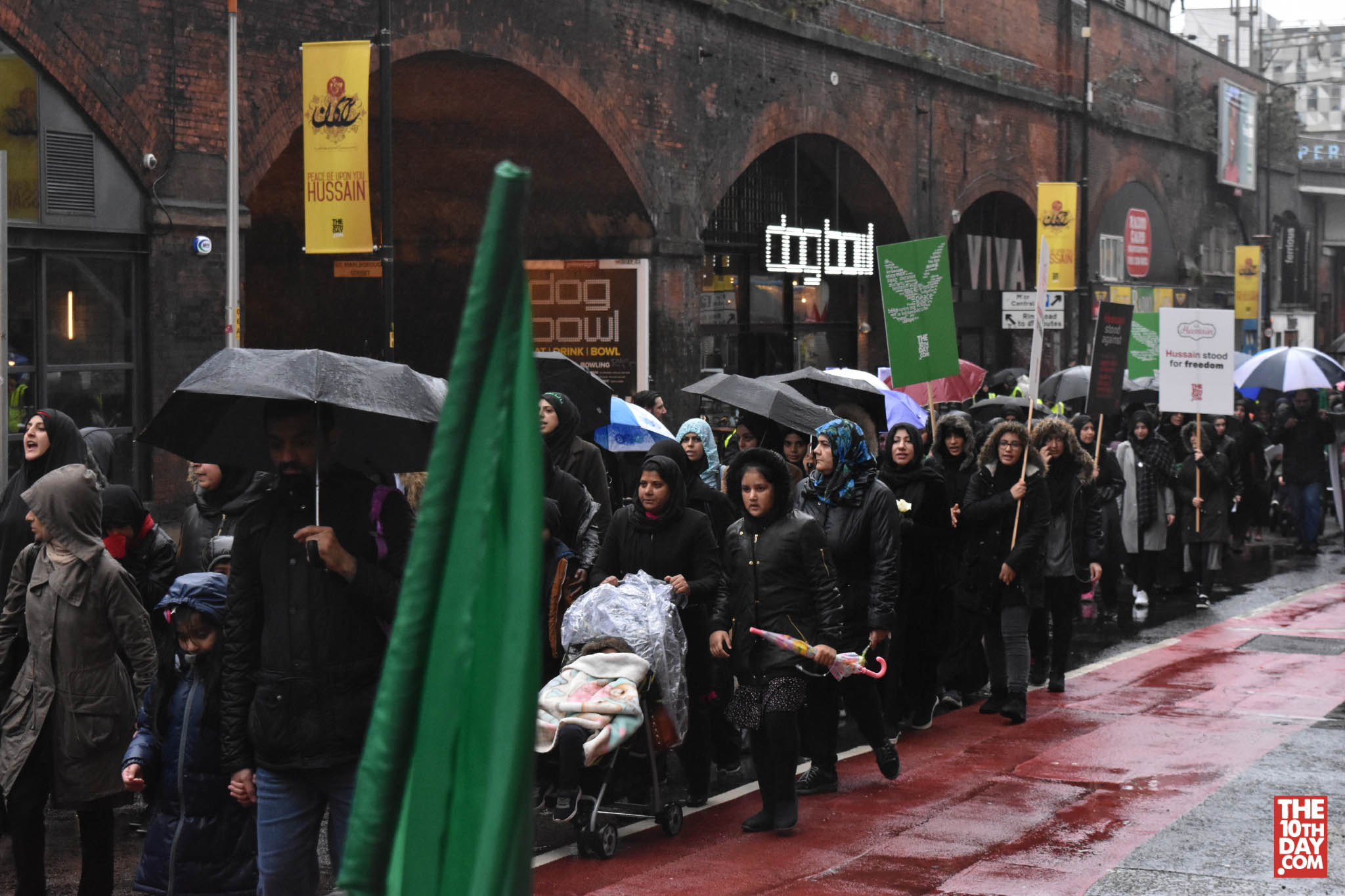 Starting from All Saint Park, reaching Peter Street, Deansgate and returning via Whitworth Street, over 600 men, women and children braved the drizzly northern weather to honour those who have fought for peace and the universal principles of ‘freedom’ and ‘social justice’.

Arbaeen marks the 40th day of mourning for Hussain ibn Ali, the grandson of Prophet Mohammad. The Walk, initiated with the honouring placement of a draped coffin inside a four-horse drawn carriage, lasted one and a half hours and was paced along by a flag bearer and the echoed beats of slow drums through the urban inner city roads of Manchester.

Planned by The10thDay.Com, an Imam Hussain Awareness Organisation, volunteers accompanying the Walk were seen interacting with the observing Manchester crowd, handing out white roses with the message ‘If not brothers in religion, we are equal in humanity’ and explaining the events of Karbala and the shared message we all need to remember today.

Mr Faiz Hamdani, Chairman of The10thDay.Com commented after the Walk, “This year we have seen double the number of people attend and from more diverse communities. This signals the appreciation of Arbaeen and Peace, irrespective of race, colour or creed”. He added, “We have a lot to do in preparation for next year”.

Arbaeen is the world’s largest peaceful annual gathering. Last year 22 million people from over 40 countries took part. That record is set to be broken again this year.