Imam al-Hussein: A model of Sacrifice for the entire World without Discrimination 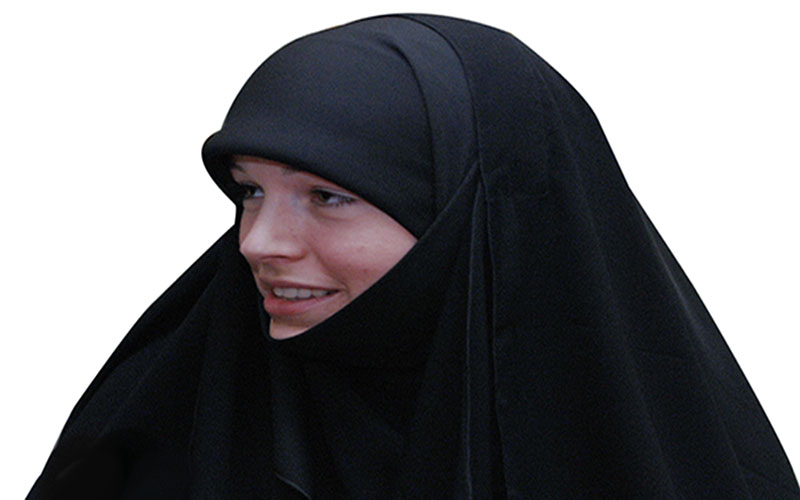 I am so happy to visit the city of Karbala and the Holy shrine of Imam al- Hussein (pbuh). When I read about this great personality, I find him a model of sacrifice for all human beings without discrimination. This is the view of (Ann Sackat), a Dutch lady living in the UK.

She was a Christian and converted into Islam ten years ago. She got married to an Iraqi man and she has four children. We met her in the holy shrine of Karbala and asked her the following questions.

Q/ Islam emphasizes social development, and women do have an important role. In view of
this point, what is the difference between Islam and the West in their dealings with women?

A/ I think that Islam has provided protection for women, and it is through this protection that  Muslim women can grow and develop themselves, through knowledge and having access to higher levels of knowledge women can be active citizens in the society.

Q/ What is your assessment of the Muslim women’s role in the West, and their significance in conveying the human values?

A/ I grew up in the West, hence in the Western society as a European person, not in the Islamic society. Thus it is difficult to bring up your children on the principles that you don’t live with and especially when you are far from your place and the Islamic values.

Q/ Do you discuss with your friends and relatives to introduce to them the Islamic principles?

A/ In the beginning, it was difficult to discuss such matters because we had to get used to each other and accustomed to the Islamic religion. I missed my family, while they were concerned about my conversion into Islam, this matter has caused some troubles in the relationship between
my family and I, but now they are in connection with us.

Q/ What do you think of Islam, especially about the rights and duties given to women?

A/ We are created by the Almighty God and He knows our needs and our destiny, and if a man follows these rights and commands (Allah’s rights), He (Allah) will accept it, for Allah loves human beings and Muslims. In my humble opinion, Islam is the religion of the heavens and every man on the earth must think this way.

Q/ What is your assessment about the rituals of Imam al-Hussein which are held in the West, and specifically in the Netherlands and the United Kingdom?

A/ They are spiritual rituals and beautiful celebrations, whether happy or funeral ceremonies. The Muslim community in the Netherlands are very small in number, while in the United Kingdom there are a huge number of the followers of the school of the Ahl al-Bayt. I think anyone can feel the impact of Imam al-Hussein in his/her heart and what he presented to the all mankind; it deserves our sacrifice, too.

Comments
Facebook Comments
Related topics
Global Gateways for the International Media
A Call to Protect Humanity
The Rays of the Sun of Ahl al-Bayt Never Set
Muhammad Umar: We must unite and defeat the corrupt ideology of ISIS
British producer: People around the world are unaware of the beautiful side of Iraq
Youth and Society in the west
Dr. Muhammad al-Turayhi: "We must make every effort to educate the world about the Ahlulbayt and all the literature about them."
Priest Patrick: "Imam Hussein, in my opinion, completed the Islamic religion."
Iraqi Holy Shrines:The Unifying Headquarter for Muslims
Calligraphy and Islamic Art in the UK