UN: Clearing Mosul from mines and bombs may take a decade 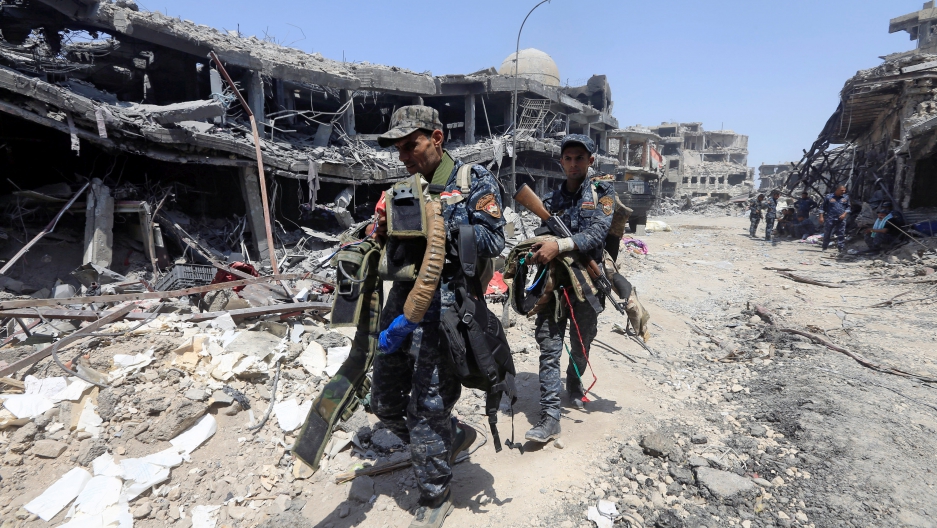 According to the United Nations, clearing the city of Mosul in Iraq from unexploded bombs and mines could last more than 10 years.

“Locating and detonating unexploded bombs dropped by the fighters of US-led coalition and mines planted by ISIS terrorist group in different areas of Mosul may take a decade of time, which puts in real danger the lives of million Iraqi people who want to return to their ruined homes in the city after three years of ISIS occupation,” said a United Nations expert on mine neutralization.

The coalition’s unexploded bombs are only a small part of Mosul’s problems. The bulk of the explosives have been hidden by ISIS fighters to be triggered by the slightest movement, even picking up a child’s toy, lifting a vacuum cleaner, or opening an oven door.

“The destruction of Mosul left about 11 million tons of debris, and it is believed that two thirds of the explosives are buried under the rubble,” said Pierre Ledohammer, the director of UN action plan against landmines.

“Our estimates indicate that clearing West of Mosul from mines and bombs will take more than a decade due to the complexity of the explosives and the extensive area that needs to be covered,” he said at a news conference in Geneva.