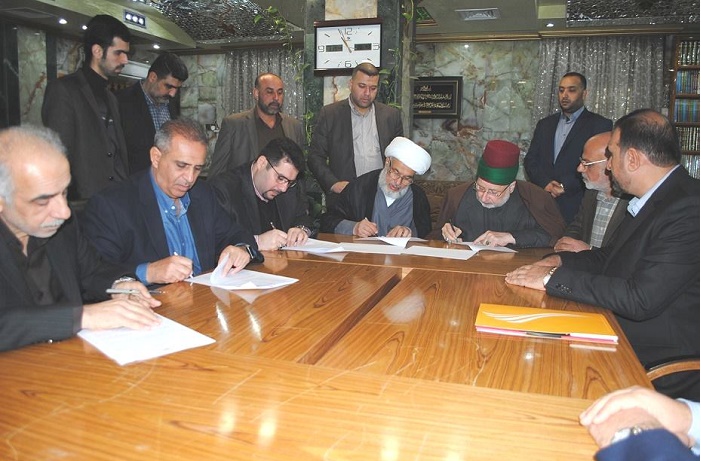 The General Secretariat of the Imam Hussein Holy Shrine has signed, on Tuesday January 17, a memorandum of understanding with a British Corporation to initiate Karbala International Airport.

Director of Khairat al-Sibtayn Company, affiliated to Imam Hussein Holy Shrine, Engineer Fouzi Shahir stated, “The construction work of Karbala International Airport will commence within 10 days as the memorandum of understanding was signed with the British Copperchase Corporation.”

From his part, head of board of directors of Copperchase Nahudh Muhammad Saleh remarked, “We plan for the first airplane to land at the new airport within two years after the completion of the first stage of this immense project.”

The Department of Transportation had earlier signed with the holy shrine a memorandum of understanding for the establishment of Karbala International Airport, which will be divided into three stages.

Karbala International Airport was designed by the French ADBI Company and will include the longest runway of all airports in Iraq, measuring a length of 4.5 km. The passenger traffic is expected to reach 15 to 20 million per year.