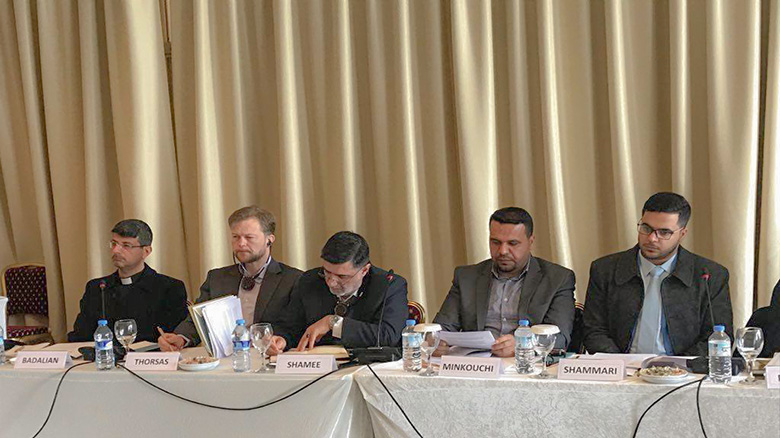 Organized by the Peace Research Institute Oslo (PRIO), Kalima Center for Dialogue and Cooperation (Affiliated with Grand Ayatollah Sayyid al-Hakeem in Najaf) and the Center for the Study of Islam and the Middle East (Washington, D.C.), an international conference titled Youth in Iraq: Developing Capacities for Active Citizenship was held in the Cypriot city of Kyernia.

The conference focused on the ability to consolidate the citizenship for the Iraqi youth and to develop the weak education system.

Sayyid Afdhal al-Shami, representative of the Imam Hussein Holy Shrine, referred in his research Iraqi Youth: The Dimensions of Internal and External Performance and Threats to the importance of consolidating the national identity.

“If compared to some foreign countries, the Iraqi youth indeed owns a citizenship and the acceptance to the Fatwa of Defending the Nation by Ayatollah Sistani best proves it,” stated al-Shami.

The Editor-in-Chief of Hussein Revivalism, Mr. Haider al-Mangushee, delivered the holy shrine’s second research in which he explained the role of media in developing the education system.

Mangushee stressed that education and media are interrelated and help in creating a real national identity.

Rev. Ara Badalian, Senior Pastor at Baghdad Baptist Church, referred to the national and religious identity and ways of living in peace and coherence amongst all Iraqi sects.

For his part, director of Kalima Center for Dialogue and Cooperation, Sayyed Salih al-Hakeem, thanked the participants and organizers and laid emphasis on holding future conferences and meetings that help build and unite societies.

A number of religious leaders, academic and public figures attended the international event.