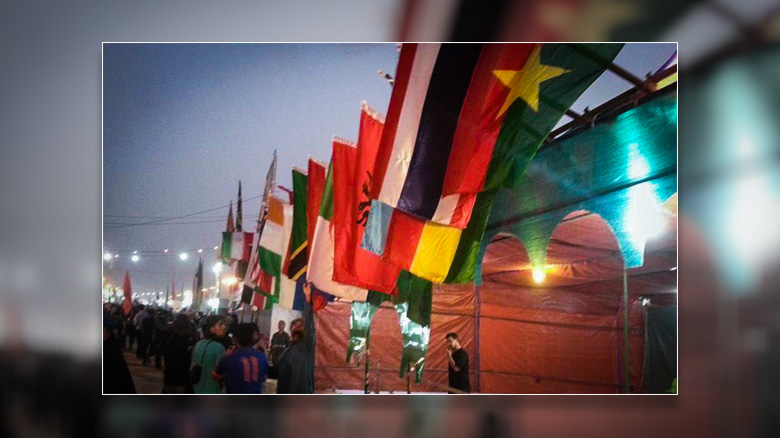 More than 50 nationalities and races have gathered from different parts of the world in a relatively small city in the center of Iraq, without any prior coordination, to participate in the service of the pilgrims to Imam Hussein in Karbala.

Despite the differences of cultures, nationalities and languages, it is noticed at the first glance that everyone understands each other. The Indian, Iranian, African, European and last but not least the Arab, they have all mastered the duties and rights placed on them voluntarily without anyone intervening to guide them.

The Husseini service units (processions) are all set up in Karbala to serve the visitors regardless of their identities as everyone has one goal – to serve all the pilgrims of Imam Hussein.

Head of the Department of Husseini Processions and Rituals in Iraq and the Islamic World, Riad Nima al-Salman, said in an interview with Imam Hussein Holy Shrine’s official website, “The number of processions registered this year has amounted to ten thousand among service units and mourning processions,” noting that they have all completed their preparations for the massive Arbaeen Pilgrimage.

The processions provide many of the needs of the pilgrims such as food, drink and accommodation.

It is predicted that more than 25 million pilgrims will participate in Arbaeen Pilgrimage from inside and outside Iraq.