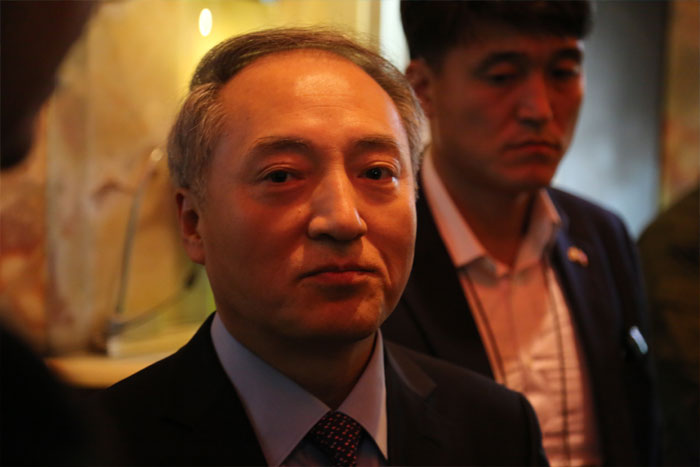 The South Ambassador to Iraq, Mr. Sung Wong, stated, “Victory was impossible to achieve if it wasn’t for the ‘Sufficient Jihad’ Fatwa issued by Grand Ayatollah Sistani,” during his visit to the Imam Hussein Holy Shrine on Sunday January 21, 2018.

“Iraq challenged many hardships and was able to be victorious against ISIS terrorists,” added Wong, pointing out his country’s full support to Iraq in their war to eradicate terrorism.

The South Korean official also added that ISIS did not only threaten the Iraqi nation alone, but the international community in its entirety.

The government of South Korea will participate in the Donor Conference in Kuwait to rebuild Iraq.