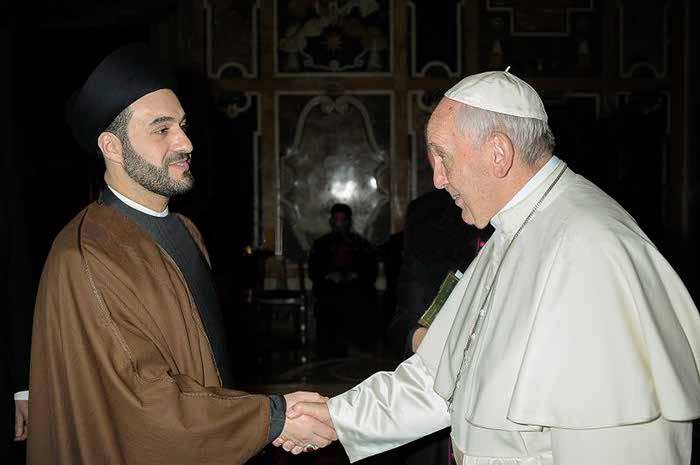 The Italian capital witnessed an intellectual symposium titled, “Violence in the Name of Religion”, organized by the UK-based Wilton Park Institute in cooperation with Pontifical Council for Interfaith Dialogue at the Vatican.

“The Seminary in Najaf and the Supreme Religious Authority have played an essential role in disseminating tolerance and moderation, while focusing on social justice, human rights and dignity regardless of religion, sect, and nationalism,” stated Sayyid Jawad al-Khoei in his speech, in the presence of academic and religious personalities from around the world.

“Religion and the holy shrines should not be exploited for political conflicts,” added al-Khoei.