Symposium on the rapprochement between Islamic sects in Najaf 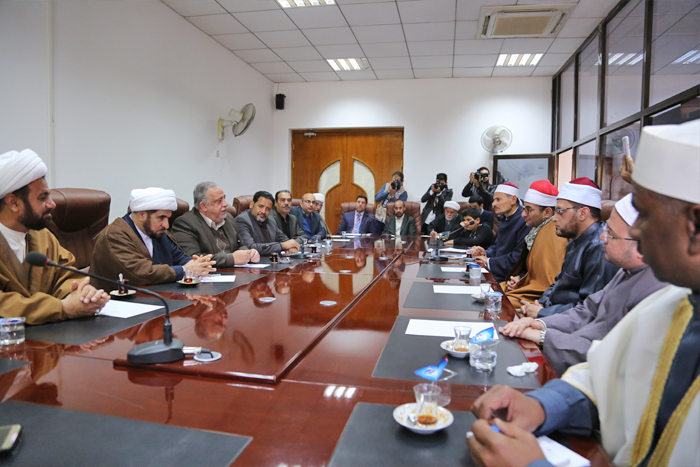 The College of Jurisprudence of the University of Kufa, in coordination with the holy shrines of Imam Hussein and al-Abbas, organized a symposium on the rapprochement between the Islamic sects, attended by scholars from al-Azhar and a number of religious figures in Najaf.

“The symposium included the presentation of opinions and perceptions dealing with the Islamic unity and the Sunni-Shia communication and we hope that a lot of achievements can be reached in this regard,” said College Dean Dr. Waleed Farajallah.

Farajallah hoped through this event to seek effective communication between al-Azhar and Iraq, achieve true Islamic unity and to clarify the picture of Shia Islam to the entire world.

For his part al-Azhar’s Dr. Waleed Matar remarked, “During the symposium, a number of programs were examined that will grant us communication and exchange of visits and love between al-Azhar and Najaf’s religious authorities.”