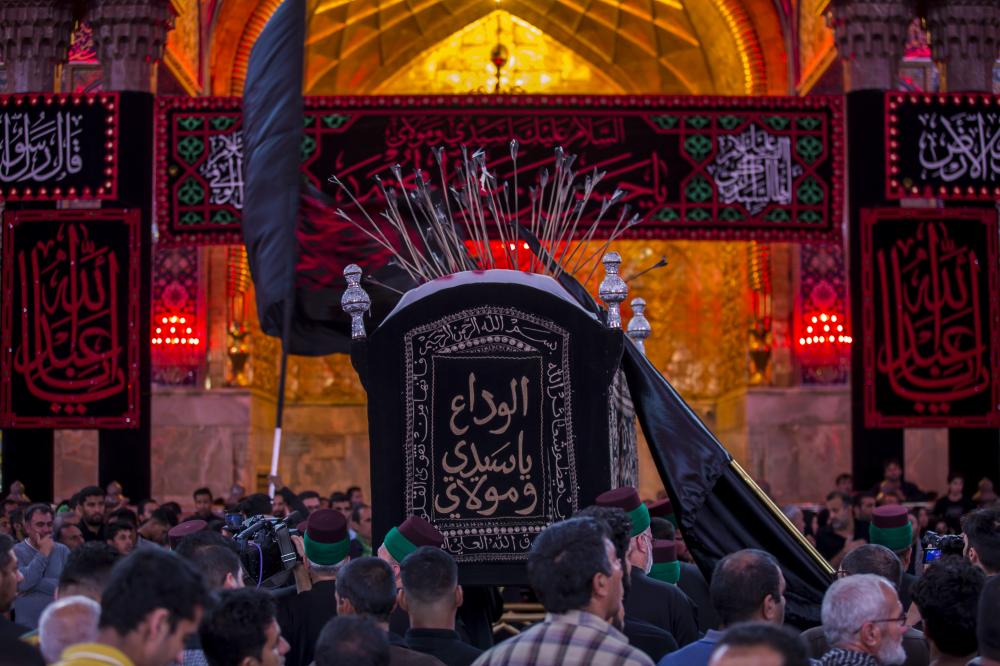 The servants of the holy shrines of Imam Ali, Imam al-Hussain, al-Abbas holy shrines have each commemorated the martyrdom anniversary of the grandson of the Holy Prophet; Imam al-Hassan al-Mojtaba on the seventh of Safar, in a mourning procession that included officials and employees of the each holy shrine, led by its secretary-general.

In Karbala, the condolence procession headed towards the shrines of Aba Abdillah al-Hussayn and al-Abbas, passing through the area between the two holy shrines (Bein al-Haramein), while reciting eulogies expressing the injustice and oppression subjected to the second Imam.

Meanwhile, majlis (mourning ceremonies) were organized in the halls of the shrines.