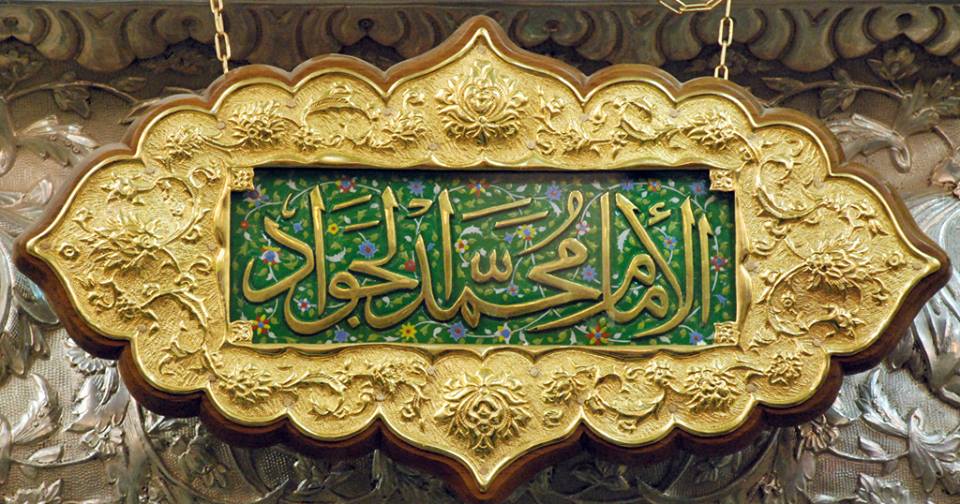 Name and Lineage His name was Muhammad, kunniyat Abu Jafar and his well-known appellatives were Taqi and Jawad. Hence, he is generally known as Imam Muhammad Taqi (A.S.). Since prior to him Abu Jafar had also been the kunniyat of Imam Muhammad Baqir (A.S.), he is called Abu Jafar the second, and Jawad which was his second appellative. His esteemed father is Hazrat Imam Reza (A.S.) and the name of his revered mother is Janab Sabika or Sakina. Birth He was born in Madinah on 10 th Rajab 195 A.H. At that time Ameen, son of Harun Rasheed, was on the throne in the capital city of Baghdad. Rearing and Upbringing It is a very heart-rending fact that at a very early age Hazrat Imam Muhammad Taqi (A.S.) had to prepare himself to face the hardships and sufferings of life. For a very short time, he could pass his days under the loving and instructive shadow of his father. It was in the fifth year of his age when his father, Hazrat Imam Reza (A.S.) was forced to leave Madinah for Khurasan. After separation from his father at that age, Imam Muhammad Taqi did not get the opportunity to meet him again in his lifetime. Mamun martyred Imam Reza (A.S.) The world must have been under the impression that there were now no means left for Imam Muhammad Taqi (A.S.) whereby to gain access to the heights of knowledge and accomplishments and, thereby, the seat or learning of Imam Jafar Sadiq (A.S.) would remain unoccupied from now onwards. Nevertheless, the amazement of the people knew no bounds when after some time they witnessed this young child taking his seat by the side of Mamun, engaging himself in disputations with eminent scholars on jurisprudence, traditions, exegesis, reasoning, and compelling them to accept his viewpoint. Their astonishment was not to end until they were prepared to admit that against physical means there was also a divine system to impart knowledge and training. Without such a realization, the puzzle could not and cannot be solved.

During the time of Imam Reza (A.S.) a group of people had come to the fore which entertained the belief that the chain of Imamate had ended with Imam Musa Kazim (A.S.) i.e., they did not acknowledge Imam Reza (A.S.) as an Imam after him. They were called Waqfiya. During his tenure Imam Muhammad Taqi (A.S.) so successfully explained the factual position to this sect that all of them abjured their stance and during his lifetime itself not a single person of that creed was left. A large number of scholars of high standing acquired from him the true knowledge of the teachings of the house of the Prophet (SAW). There is also a treasure of his short and sagacious sayings of the same pattern as are ascribed to his forefather, Hazrat Ameerul Momineen Ali ibn Abi Talib (A.S.). The sayings of Imam Muhammad Taqi (A.S.) occupy a special place after those of Hazrat Ameerul Momineen (A.S.). There are also extant some of his sermons of high standard on the subjects of Divinity and Oneness of God. Martyrdom After the arrival of the Imam (A.S.) in Baghdad , Mutasim apparently did not treat him with any kind of harshness. Nevertheless, his stay there was in itself by way of compulsion which can I called nothing but a sort of forcible confinement. Thereafter, his life was brought to an end with the same secret weapon that had been used before in the case of the elders of his household. He was martyred by poisoning on 29th Zee al-Qadah 220 A.H. was buried adjacent to his esteemed grandfather Imam Musa Kazim (A.S.).  By virtue of his sharing of the place, the city came to be known as Kazmain, according to Arabic grammar (which means two Kazims, that is, two persons who restrained their anger). In assigning this name to the city the appellative of Imam Musa Kazim (A.S.) was clearly given prominence. On the other hand, present the railway station in Kazmain is known as Jawadain (that is the two jawads or two generous persons). In this case, the appellative of Imam Muhammad Taqi (A.S.) has been prominently displayed as he was called Jawad as well as Taqi.