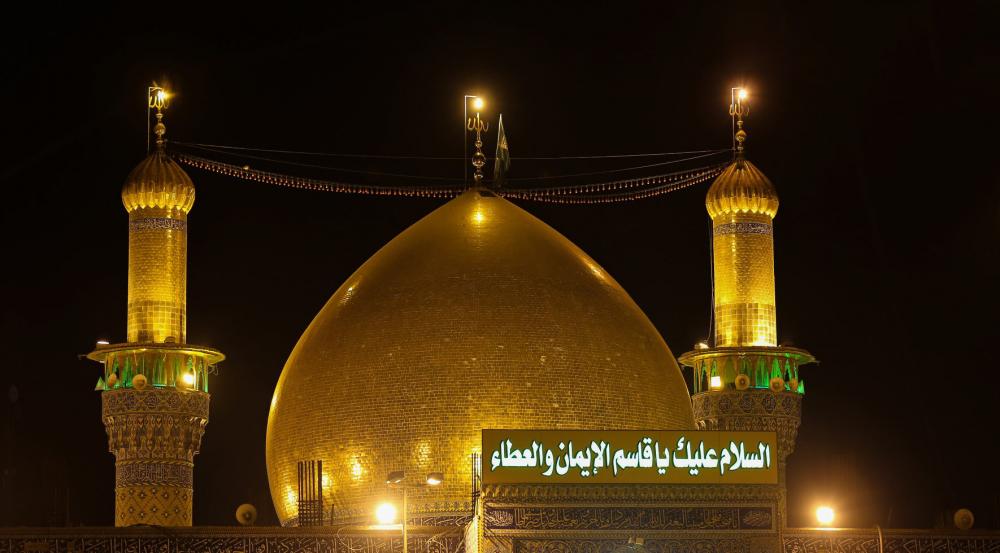 The twenty-second of Jumadah al-Awwal is indeed a sad occasion for the followers of Ahl Al-Bayt. It is the death anniversary of al-Qassem, son of Imam Musa Al-Kadhum, who passed away on 192 AH. He was a noble descendant of the prophecy and the Imamate, and one of the most prominent sons of Imam Musa al-Kadhum.

Sheikh al-Kulayni states in al-Kafi: It is narrated from Imam Ali Ibn Musa al-Reda from Yazid Ibn Saleet from Imam al-Kadhum, who was on the road to Makka, saying: If it was up to myself, I would have placed my directive will with my son al-Qassem because of my love and sympathy for him. However, it is up to Allah, the Most Holy, the Most High, who places it (Leadership with Divine Authority) wherever He wants. Sheikh a-Kulayni also narrated from Sulayman Al-Ja'fari that he said: I have seen Aba Al-Hassan (Imam al-Kadhum) saying to his son al-Qassem when one of his children was dying: "Stand O son to read near the head of your brother (37:1). He began reciting it and when he reached the verse: (Are they a stronger [or more difficult] creation or those [others] We have created?) (37:11) he passed away. It appears from these narrations the care and importance given by Imam Al-Kadhum (peace be upon him) to his son Al-Qassem.

Al-Qassem (peace be upon him) died after severe illness in Sura land at the Bakhamra neighborhood, where his holy sanctuary stands with its golden dome and well-seen minarets. He was buried in Babylon, Iraq, and is known through his visitors by his countless blessings and miracles.

His Ziyarat has great value, as stated by Sayed Ibn Tawoos in his book "Misbah Al-Za'ir" that the visit to al-Qassem son of Imam al-Kadhum is similar to the visit to Aba Al-Fadl Al-Abbas son of the Commander of the Faithful and Ali Al-Akbar son of Imam Al-Hussayn.

Imam al-Redha also says, “He who is not able to visit me, may visit my brother al-Qassem."