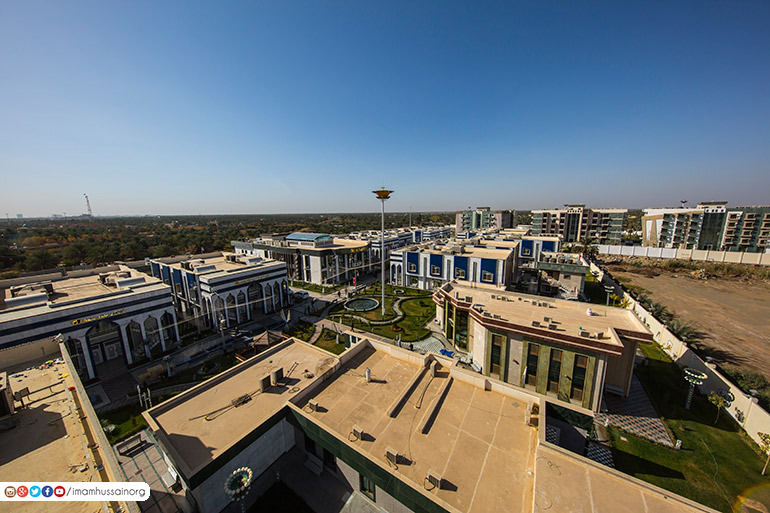 According to architects, the city includes the most modern architectural designs. Measuring an area of 22 acres with halls, residential complexes, and VIP apartment buildings for pilgrims, Sayyid al-Awsiya city has been erected and equipped with modern technologies.

The purpose of such cities is to accommodate and provide services to as many pilgrims as possible during the major pilgrimages.

This project comes alongside the cities built by the holy shrine of the way to Karbala – Najaf and Karbala – Babylon.