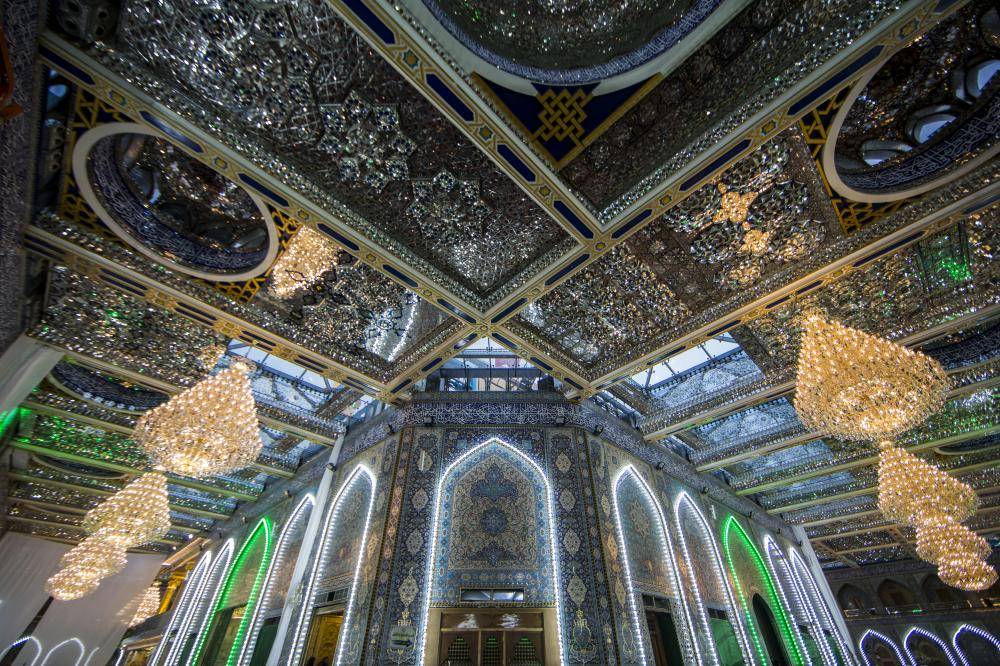 Coinciding with the birth anniversary of Prophet Muhammad’s daughter, Fatima al-Zahraa, the new ceiling of the General Secretariat of al-Abbas Holy Shrine was unveiled in a stately ceremony on Saturday, March 18.

The opening ceremony was organized in front of the main Bab al-Qiblah door and with attendance of notable public and religious figures from across the country.

Chief Cleric of Al-Abbas Holy Shrine Sayyid Ahmed al-Safi, in his word, touched upon the ideal personality of Fatima al-Zahraa and her flawless biography.

For more details about the project, Engineer Hamid al-Sa’igh, stated, “We are honored to unveil such an important project for our beloved pilgrims. The most premium quality materials from Karbalaey tiles were used in the assembly of the ceiling in addition to 34 fiber glass tents, signifying al-Abbas’ age, through which the pilgrim can see the golden dome and minarets of Abu Fadhl.”

Al-Sai’gh concluded by saying, “This remarkable Iraqi work will remain an honor for all Iraqis and foreigners that contributed in its accomplishment.”