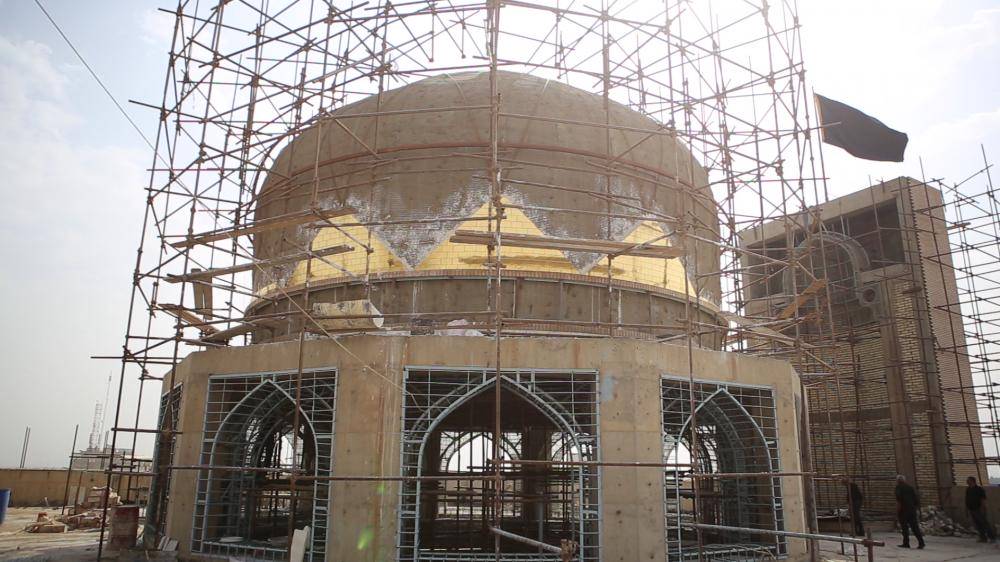 The Engineering Projects Department at the al-Abbas Holy Shrine is gilding the dome of the Great Masjid of al-Sahla in the city of Kufa.

Engineer Dea' Majeed al-Sa'egh said, “The Dome of Sahib al-Asr wal Zaman  will have a distinctive architectural design through modern Islamic architecture, in compliance with the sanctity of the name it holds and homogenous with the architecture of Masjid al-Sahla, one of the Iraq’s oldest mosques. The staff of our technical and engineering department has exerted efforts to achieve it within the specified time frame and within its plans and designs."

“The distinctive dome is being covered with gold tiles that were manufactured in the workshops of the Gilding Division of the holy shrine,” added al-Sa’egh.

It is to note that the implementation of this project falls within the framework of technical cooperation between the al-Abbas Holy Shrine and the other holy shrines. This follows the success achieved by the technical staff of the al-Abbas Holy Shrine in similar works and after having acquired sufficient experience in this field, similar or better than the executed works by foreign labor.