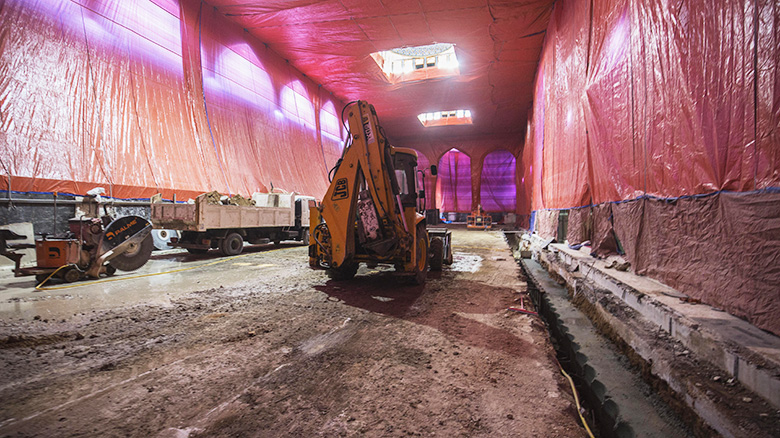 The engineering staffs of the Imam Hussein Holy Shrine have reached advanced stages of the Bab al-Raas Basement Project to accommodate more pilgrims in next year’s Arbaeen Pilgrimage.

Project Supervisor Engineer Mahdi Falhi said, “The construction work of the basement project is ongoing as the old marble tiles have been removed and two-meter pillars have been installed to reinforce the ceiling.”

“The total area of the basement is 800 square meters with a depth of five meters, however the current drilling work will be seven meters to prevent any groundwater problems,” added Falhi.

The engineer pointed out that the engineering staff are all Iraqi and that the basement will include two Japanese-made escalators and an advanced air conditioning system.

Bab al-Raas Basement is located on the western side of the holy shrine and extends from al-Zainabiya Door to al-Sultaniya Door.