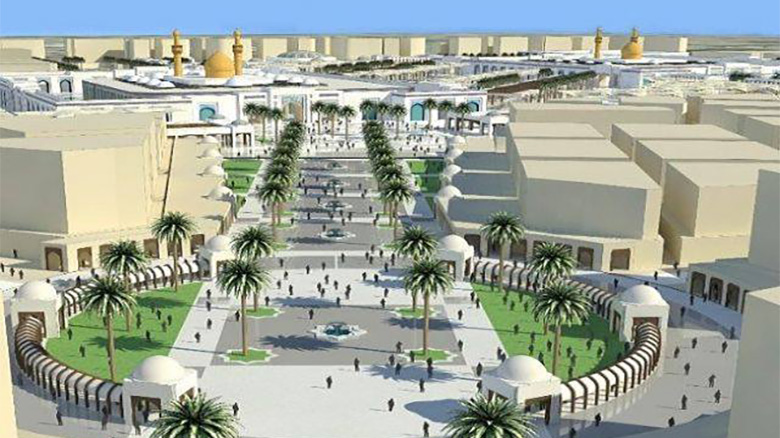 The technical and engineering cadres of Imam Hussein Holy Shrine have announced the accomplishment of advanced stages of the al-Aqeelah Zainab Courtyard.

Engineer Hussein Mahdi said in a statement, “The al-Aqeelah Zainab Courtyard Project is from the major strategic projects under implementation by the Imam Hussein Holy Shrine on an area measuring five hectares,” mentioning that the project’s total area is 11.5 hectares and will include cultural and service departments.

“The service departments will include two basements and an underground tunnel, to facilitate the passage of pilgrims, extending from Shuhada Square to the Shrine of Ibn Fahad al-Hilli and Jomhooriya Street, as a first stage. Meanwhile, the cultural department will consist of a museum and a library,” added Mahdi.

A 12-meter high wall is being erected around the project for protection against groundwater and soil erosion.