Imam Hussein: The Founder of Civilization 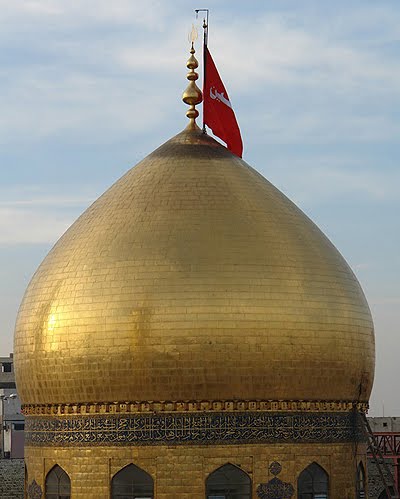 From the inception of Islam, historians, thinkers, philosophers, writers and followers were attracted by al-Imam al-Hussein’s personality and his revolution which he declared against the government and policies of Yazid. Al-Imam al-Hussein has inspired future generations in relation to the stances he initiated in the land of Karbala. He confronted unjust rulers and their governors, rejecting to pay an oath of allegiance to them on the basis of the tradition of his grandfather Prophet Mohammad ( peace be upon him and his progeny) “ Do not obey a creature against his creator .”

Due to his piousness and political ethics, al-Imam al-Hussein was followed by a small group of his family and companions who were devoted to his leadership. These people were renowned for their  piety, God fearing, honesty, commitment and obedience to their Imam Al-Imam al-Hussein's  revolution can be expressed as the pillar of the Islamic political thought and the axis of its millstone.

Had the civilization of every nation been measured by the Imam's message, dignity and honor, it could be argued that Imam alHussein would have been the founder of civilization. The treatise of Imam al-Hussein to decline the oath of allegiance to unjust rulers can be a torch for nations to enhance their civilizations because al-Imam al-Hussein is not correlated to neither a certain place or time.

It is the duty of all the nations irrespective of their religions and languages to become familiar with the legacy of al-Imam al-Hussein. Also it is the duty of every scholar, philosopher, teacher, author and the like, to introduce al-Imam al-Hussein to his/her pupils and citizens because he is one of the Twelve Imams who upheld Allah’s command and consequently appointed the master of the martyrs, whose blood protected the religion of Islam.

Comments
Facebook Comments
Related topics
The path of al-Imam al-Hussein is the path of the messengers of Allah
al-Imam al-Hussein (as) In The Old Testament and the New Testament
To know…
Youths and Friendship
The Media at Fault
How do we Illustrate Imam Husayn’s Message Cinematically?
What is Ashura?
Eid al-Ghadeer
The Marriage of Imam Ali and Lady Fatima
The revolution of Imam Hussein and the humanitarian goals