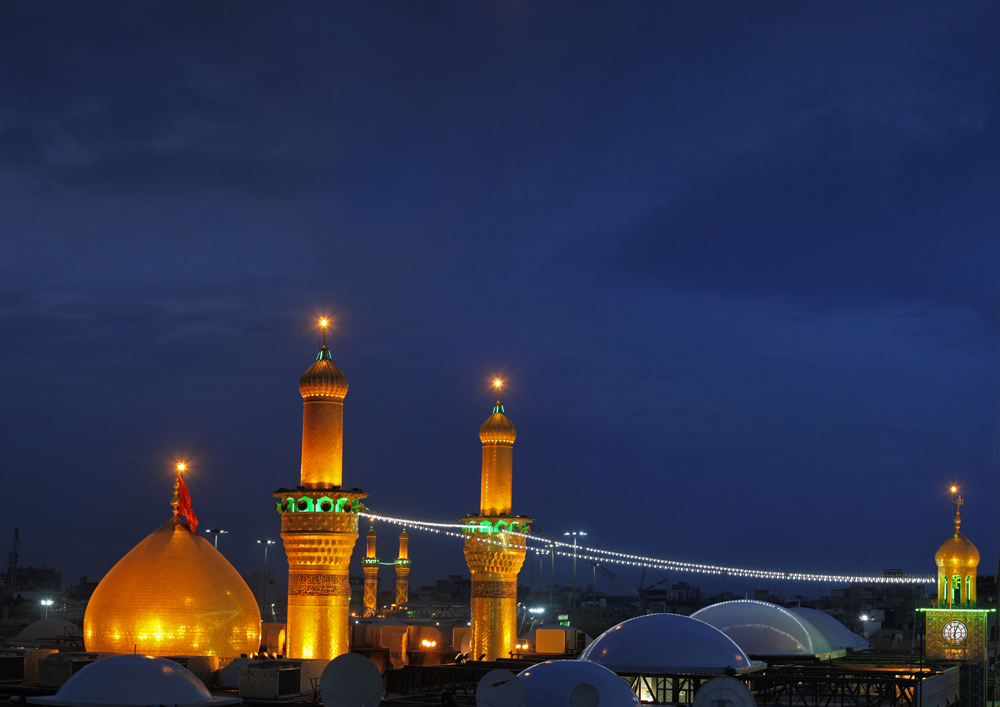 There were similarities between al-Imam al-Hussein’s revolution and the legacies of the Messengers of Allah. Allah had sent His Messengers to guide people to the right path and save them from the misconduct of the oppressors who humiliated the offsprings of Adam. These oppressors broke Allah’s covenant, rejected His signs, slayed His prophets, spread mischief and shed blood.

The Messengers of Allah spared no effort to challenge those oppressors. The same position had been taken by al-Imam al-Hussein when he witnessed that the truth was concealed and falsehood was not prohibited. He observed Yazid the Umayyad ruler rebelling against Allah’s (Shari’a) and went on transgressing the Message of Islam and placing the book of Allah (al-Quran) behind his back and commanding what is evil and shameful.

Karbala embodied the struggles of the Messengers of Allah and posed the greatest challenge to the Umayyad dynasty.

Yazid exercised his authority in cruel, unjust and oppressed manners to compel al-Imam al-Hussein to choose one of two things: either to put him to the swords of his army or to accept humiliation.

The aim of this plan was to distort al-Imam al-Hussein’s stature among Muslims in order to undermine his revolution.

It is worth mentioning that it is impossible for al-Imam al-Hussein  to accept humiliation for being the Vicegerent of Allah  (khalifatul’allah) on His earth, the proof of Allah (hujjatul’allah) to his creatures who upholds the command of Allah, the most noble obedient to Allah, and the grandson of Prophet Mohammad (peace be upon him and his progeny) who is superior to all the angels who are near to Allah, the best of mankind and the leader (sayyid) of the sons of Adam.

On the contrary, he denounced the tyrant rulers and held them responsible for permitting what had been forbidden by Allah, turning away from the traditions ( Sunna ) of the Messenger of Allah, and acting amongst Muslims sinfully and aggressively.

According to this statement al-Imam al-Hussein’s happiness was correlated to the voice of justice to free the Muslim nation which was captured and imprisoned.

Certainly, he was fully aware about the consequences of the battle. He made many statements in this regard. It was a divine mystery which was revealed at the battle of Karbala. It revived Islam, liberated Muslims from the hands of the oppressors and “provided them with determination and strength to defend their principles and live with honor and dignity”

The swords which faced al-Imam al-Hussein at the battle of Karbala did not shake his stance. His purpose was stronger than them and greater. They made deep cuts in his sacred body but they did not subdue the inflammation of his revolution. From his wounds Islam overflowed again and his martyrdom changed the course of the Islamic history and sowed the seeds of freedom to enlighten the future Muslim generations to reject humiliation, save humanity, fight for justice, and spread love and peace.

Every word al-Imam al-Hussein uttered on the sand of Karbala revealed the principles of his revolution and narrated to us that every unjust ruler and oppressor will come to an end.

Comments
Facebook Comments
Related topics
al-Imam al-Hussein (as) In The Old Testament and the New Testament
To know…
Youths and Friendship
The Media at Fault
How do we Illustrate Imam Husayn’s Message Cinematically?
What is Ashura?
Eid al-Ghadeer
The Marriage of Imam Ali and Lady Fatima
Imam Hussein: The Founder of Civilization
The revolution of Imam Hussein and the humanitarian goals