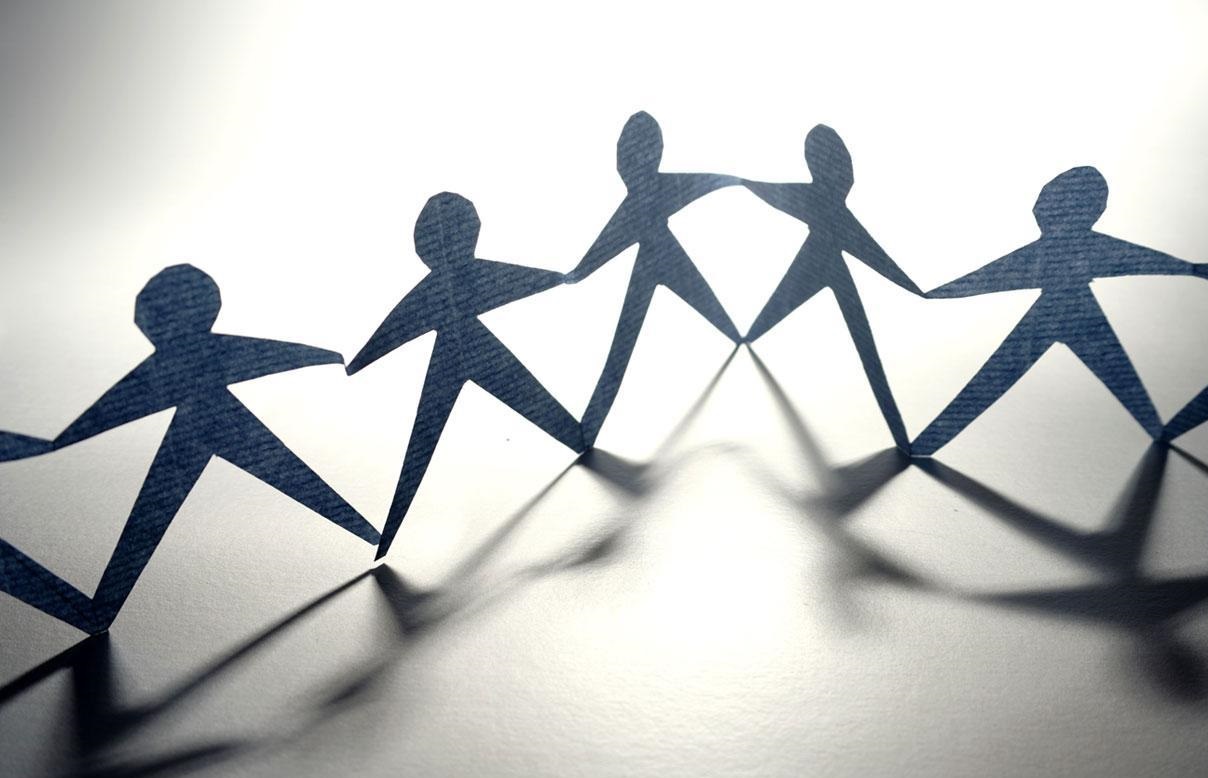 Adopted from the book: "A Glance at the World of Youth" by: "Al-Balagh Foundation"

Whoever thinks and ponders on Islamic ideology, rules, worships, morals, values and teachings, will surely find it complete without any shortcoming, and it works towards the building of a conducive social atmosphere and joining relationships between the human race. In view of this, it calls to choose friends, companions, form brotherhoods, and love relations between the members of the Islamic society. Islam, after thorough considerations, has also enacted laws and fundamentals for arranging and organizing the friendship relationship. The Holy Qur'an, in different places, talks about friends and friendship. In this regard, Allah, the Most High, says:

"The friends shall on that Day be enemies one to another, except those who guard (against evil)." Holy Qur'an (Adornments 43:67)

"And the Day when the unjust one shall bite his hands, saying: O! Would that I had taken a way with the Apostle. O woe is me! Would that I had not taken such a one for a friend! Certainly he led me astray from the reminder after it had come to me; and Satan fails to aid man." Holy Qur'an (The Criterion 25:27-29)

In these verses, the Holy Qur'an talks about two types of friends:

1. The good friends are those who benefit their friends and companions through their sincere friendship and call them towards goodness.

2. And the bad friends are those who direct their companions towards evil, corruption and crime, and will change to enemies and are a cause of harm and calamities.

The social facts confirm that bad friends and companions are secret enemies who carry evil and enmity towards their companions. And how many times does a thorough study of crime and experiences disclose aggressive crimes, such as, manslaughter, theft and assaults occuring from the bad friends toward their companions, whether both parties are evil doers or their victims who deceive their friendship. Therefore, it is necessary for the youths to know the personality of that person and his social, and moral identity and the reasons for his friendship and his personal behavior. They should not choose anyone as a friend unless he is good and can help and lead him towards good, love and security.

The Holy Qur'an warns against such bad friends, as the Almighty's saying:

"Then shall some of them advance to others, questioning each other. A speaker from among them shall say: Surely I had a comrade of mine, who said: What! Are you indeed of those who accept (the truth?) What! When we are dead and have become dust and bones, shall we then be certainly brought to judgment? He shall say: Will you look on? Then He looked down and saw him in the midst of Hell. He shall say: By Allah! You had almost caused me to perish: And had it not been for the favor of my Lord, I would have certainly been among those brought up." Holy Qur'an (Those Ranged in Ranks 37:50-57)

The Holy Qur'an has outlined how a bad friend will transgress over his companion, and does bad things to him. He will neither protect him nor sacrifice for his friends in times of difficulties, nor will he be faithful for his friendship and brotherhood. By this explanation, the Holy Qur'an shows that good friends are few in number, and that most of the bad friends oppress their companions. Allah, the Almighty, says:

"...and most surely most of the partners act wrongfully towards one another, save those who believe and do good and very few are they..." Holy Qur'an (Suad 38:24)

And surely we will understand Islamic concerns towards social friendship and brotherhood through the deeds of the Holy Prophet (s.a.w.), because he is the one who founded the system of brotherhood and friendship between the Muhajirin (emigrants) and the Ansar (helpers - People of Medina) and ordered them in his saying: "Make brotherhood for the sake of Allah: Two brothers two brothers; there upon he took the hand of Ali bin Abi Talib (a.s.) and said: `This is my brother', then he made a brotherhood between the Muhajirin and Ansar: He made Hamzah a brother to Zaid bin Harith, Ja'afar al-Tayyar to Mu'az bin Jabal, Abu bakr to Kharijah bin Zuhair and...etc.'" 37 And, thus, he established brotherhood among his companions. The religious scholars have outlined the social and ideological aims of this brotherhood. As-Sahili said:

"The Prophet (s.a.w.) had established brotherhood among his companions when they reached Medina, so as to wipe away the painfulness of being strangers and as a relief for them from the sorrow of separation from their families and relatives and to join the strength of each other..." 38 In one of his sermons, Imam Ali (a.s) recommended the choosing of brothers, where he said: "I am enjoining you (to choose) brothers, because they are the instruments of this world, as well as, the Hereafter; do you not hear the saying of the dwellers of hell: `We have no intercessor and, likewise, not a good companion." 39 Imam Ja'far bin Muhammad as-Sadiq (a.s.) also talks on the importance of brotherhood and friendship, when he says: "A servant will not be a brother for Allah's sake except for that he has a place in Paradise." 40

From these teachings and social guidelines, we can understand the value of friendship and brotherhood in its meaning and foundations. Islam sees man as a social being in his nature, who has social instinct and harmony in his self, and hates isolation and loneliness. Because the condition of isolation and introversion is harmful for the individual, his social and psychological conditions and human life in its nature, especially in our present era, witnesses continuous human activity.

And in the youth and puberty stage, the social instinct grows and the social effects increase, and push a youth toward the formation of relationship and friendship with others, as well as, joining political and social groups and, likewise, sports and work clubs...etc. He also intermingles with others in schools, universities and districts, thereby he chooses friends and companions as an impulse of his social nature. This friendship and companionship has its own psychological impulse and effect on the psychological condition and behaviour, as well as, on the individual's future and his thoughts in life. It may also possess negative effects which will direct the youth toward evil, deviation and calamity which has no solution, and it has its own positive results on the individual and his mode of life if such a social instinct and having relationship with friends, is directed in a good manner, like the intermingling of a young man with friends having good and right behavior or a young girl with other good and righteous girls.

A man gains from others, especially in this stage, and be influenced by them, as they also gain from him and are influenced by him even though the rate of the influence depends on the individual's power and the capability of acceptance. It can be said that the impulses of friendship, in the youth and puberty stage, can be seen in: 1. Occupying the psychological vacuum, and a cure for the feelings of loneliness and isolation. Imam as-Sadiq (a.s.) outlined the role of friendship and companionship in solving this psychological problem, when he said: "If one lives in the state of distress, he should inform his brother, and should not depend on his self." 41

2. Exchanging the feelings of love and affection. Because a man, in this stage, has a great capability of sentiment, therefore, he is in need of such feelings of others' love toward himself and his love toward others and disclosing what is in his mind and self. Disclosing secrets is a dangerous issue, and, although, it is necessary for him, whatever the stage of his confidence with others, he should hide his most important secrets. However, love in Islam depends on the basis of loyalty and allegiance, pure conduct and spiritual relation.

In this regard, Imam As-Sadiq (a.s.) summarizes the greatness of love in Islam, when he says:

"Is there anything in religion other than love that Allah, the Most High, says: `If you love Allah, then follow Me, Allah will love you.'" 42 Hence, Islam regards love and mutual harmony as an introduction to good and righteousness in mankind. 3. Feeling of the necessity of mutual cooperation with others, and living together with them. Indeed, the feeling for the need of others and cooperating with them in life's problems, is a major issue in man's life, and which will occupy himself, whether he feels it or not. However, choosing friends and companions, is among the sources of satisfying this psychological need, therefore, man needs the help of others, materially and spiritually. The existence of brothers and friends plays a great role in solving the material and spiritual problems, because so often, friends return to their friends and companions in order to rescue themselves from their own calamities, as well as, solving their problems. Surely, Islam has urged (mankind) toward solving others' needs, helping them and cooperating with them. Allah, the Most High says: "...and help one another in goodness and piety, and do not help one another in sin and aggression;..." Holy Qur'an (The Table Spread 5:2)

This verse explains that bad friends are those who cooperate in the committing of crimes and wrongdoing and prohibits this, then, it calls for the cooperation in good things and righteousness. Indeed, satisfying others' needs is among the greatest evidence and proof of good and righteousness. It is reported from Imam As-Sadiq (a.s.) that: "Whoever strives toward satisfying his brother's need is like the one who performs circumbulation around Safa and Marwa." 43

All Praise be to Allah, the Lord of the Worlds.

Comments
Facebook Comments
Related topics
The path of al-Imam al-Hussein is the path of the messengers of Allah
al-Imam al-Hussein (as) In The Old Testament and the New Testament
To know…
The Media at Fault
How do we Illustrate Imam Husayn’s Message Cinematically?
What is Ashura?
Eid al-Ghadeer
The Marriage of Imam Ali and Lady Fatima
Imam Hussein: The Founder of Civilization
The revolution of Imam Hussein and the humanitarian goals