How do we Illustrate Imam Husayn’s Message Cinematically? 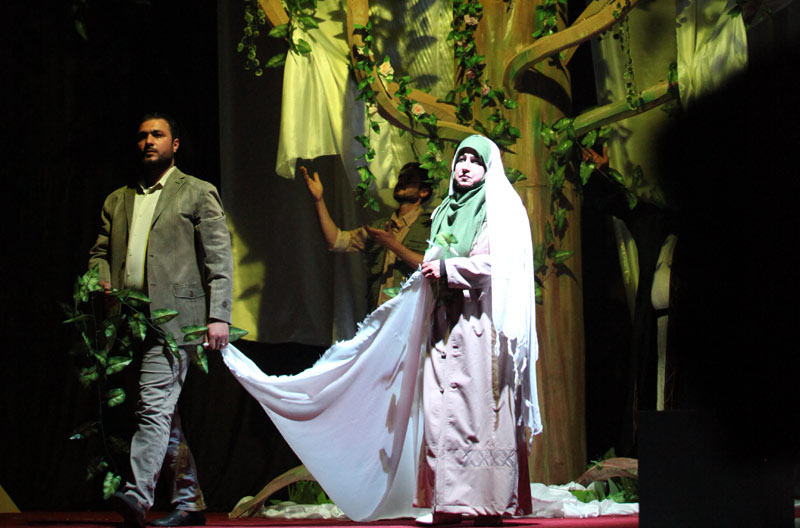 Any idea of recreating the epic story of Imam Husayn requires superb accuracy in order to encompass the many-layered and universal humanitarian ideals that he embodies.

The majority of existing cinematic works lack the ability to fully depict the true image of the values that Imam Husayn represents. These works seem to be deficient in including the subtleties of this blessed message, despite their best efforts and financial resources. Screenwriters and directors have been unable to realise the greatness of the battle of al-Taff in all its aspects in any single film production.

For this reason, some have tried entering such an epic via an indirect manner, such as al-Hur Ibn Yazid al-Riyahee, Wahab al-Kalaby, and Jawn. These examples come fairly close to portraying the main aspects of this event; however, they fall short of covering the minute details. Depending on poetry, as in ‘Husayn, a Martyr, and an Avenger’ from the famous Sharqawi, or ‘Al-Hur Ibn Yazid al-Riyahee’ of the renowned Abdul-Razzaq Abdul-Wahid, focused mostly on the element of emotion. In light of these productions it is crucial that a new attitude towards clarifying the true message is established and the audience is presented with Imam Husayn’s powerful defiance of death and his message.

Script writers should draw upon contemporary and noteworthy features that reveal Karbala’s history, in order to produce an epic and universal work.

However, it is perhaps the scarcity of resources available for funding that hampers so many of these projects, and perhaps combining artistic efforts into one great, ambitious work will finally produce the cinematic work worthy of Imam Husayn’s Message.

Comments
Facebook Comments
Related topics
The path of al-Imam al-Hussein is the path of the messengers of Allah
al-Imam al-Hussein (as) In The Old Testament and the New Testament
To know…
Youths and Friendship
The Media at Fault
What is Ashura?
Eid al-Ghadeer
The Marriage of Imam Ali and Lady Fatima
Imam Hussein: The Founder of Civilization
The revolution of Imam Hussein and the humanitarian goals